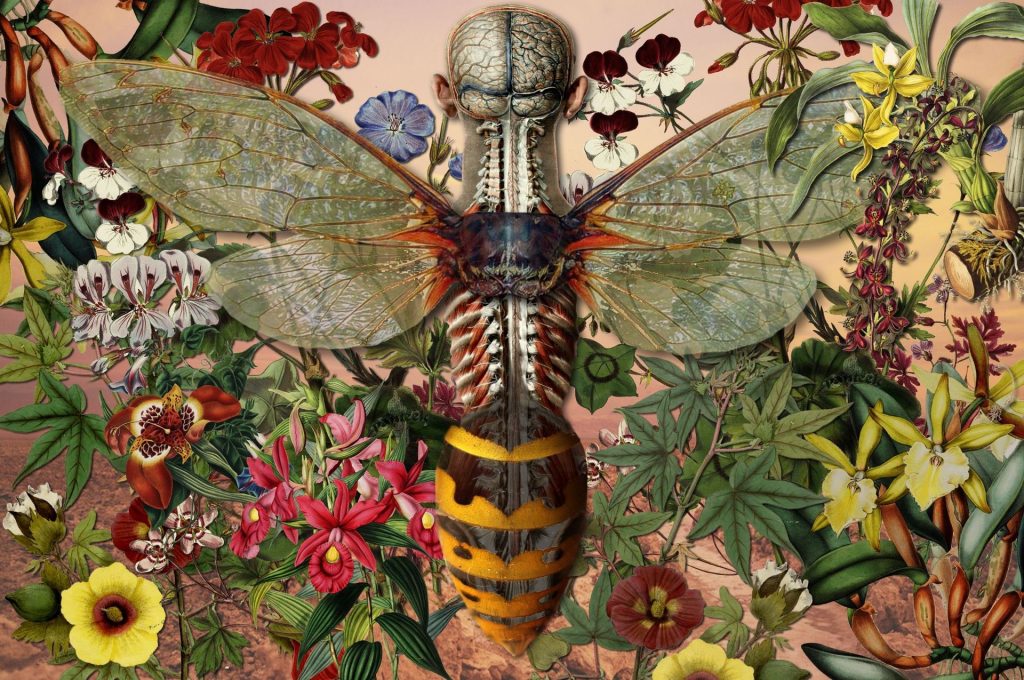 Ciencias Naturales V – Metamorfosis (2011) by Juan Gatti.
Juan Orestes Gatti (Buenos Aires, Argentina, April 8, 1950) is a famous Argentine designer, photographer and artist. He is the creator of Natural Sciences, a series of illustrations -among which is this image- where he mixes with great beauty scientific drawings and a certain collage style.
The starting point for this collection was the commission from Spanish film director Pedro Almodovar for his film “La piel que habito”. Almodovar was looking for images to graphically animate his largometrage and -as on other occasions- he went to Gatti. A poster gave birth to an already mythical series among lovers of illustration. The scientific anatomy and the exuberant nature invading everything. They have references to the profession and to the gardens of the house of Dr. Robert Ledgard, character interpreted in the film by Antonio Banderas.
They had to pass 18 years for Gatti to work with Almodovar again. It was in Dolor y Gloria, the director’s last film. The poster of the movie is again from the Argentine artist.