“Green Wedge” is an acrylic painting on canvas.

It can be seen in this art work the consolidation of my artistic style.

I started playing with the direct mixture of pigments, mediums and acrylic painting to get an effect like sfumato in oil paintings.

It represents the view from my house in Madrid, in the neighborhood where Francisco de Goya lived during his stay in Madrid.

Sfumato is one of the four canonical painting modes of Renaissance art (alongside cangiante, chiaroscuro, and unione).
The word “sfumato” comes from the Italian language and is derived from “fumo” (smoke, fume). “Sfumato” translated into English means soft, vague or blurred. In Italian the word is often used as adjective (like “biondo sfumato” for pale blonde hair) or as verb (“l’affare è sfumato” would mean the deal has gone up in smoke).
Leonardo da Vinci became the most prominent practitioner of sfumato – his famous painting of the Mona Lisa exhibits the technique. Leonardo da Vinci described sfumato as “without lines or borders, in the manner of smoke or beyond the focus plane”
Apart from Leonardo, other prominent practitioners of sfumato included Correggio, Raphael and Giorgione. Students and followers of Leonardo (called Leonardeschi) also tried their hands at sfumato after Leonardo: artists such as Bernardino Luini and Funisi. 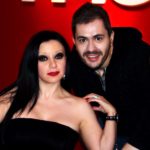 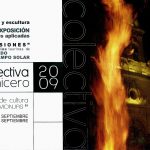