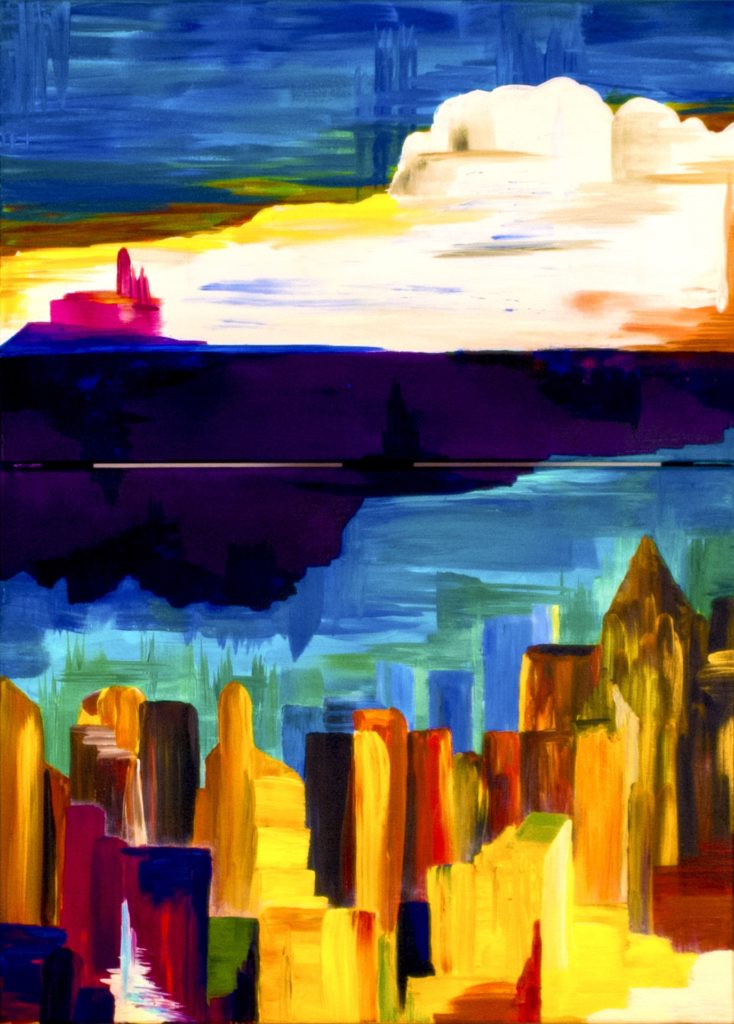 L.A. Heaven is an acrylic diptych on canvas.

Once again with the urban landscape as a background, it shows a view of Downtown Los Angeles on a fantastic atmosphere.

Again, the use of paint layers with different densities allows to distinguish the mist among the buildings, which unifies both sides of the art work and evokes the feeling of a city floating in the heights.

Downtown Los Angeles is the central business district of Los Angeles, California, as well as a diverse residential neighborhood of some 50,000 people. A 2013 study found that the district is home to over 500,000 jobs.
A heritage of the city’s founding in 1781, Downtown Los Angeles today is composed of different areas ranging from a fashion district to a skid row, and it is the hub of the city’s Metro rapid transit system. Banks, department stores and movie palaces at one time drew residents and visitors into the area, but the district declined economically and suffered a downturn for decades until its recent renaissance starting in the early 2000s: Old buildings are being modified for new uses, and skyscrapers have been built.
Downtown Los Angeles is known for its government buildings, parks, theaters and other public places. 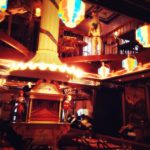 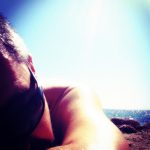