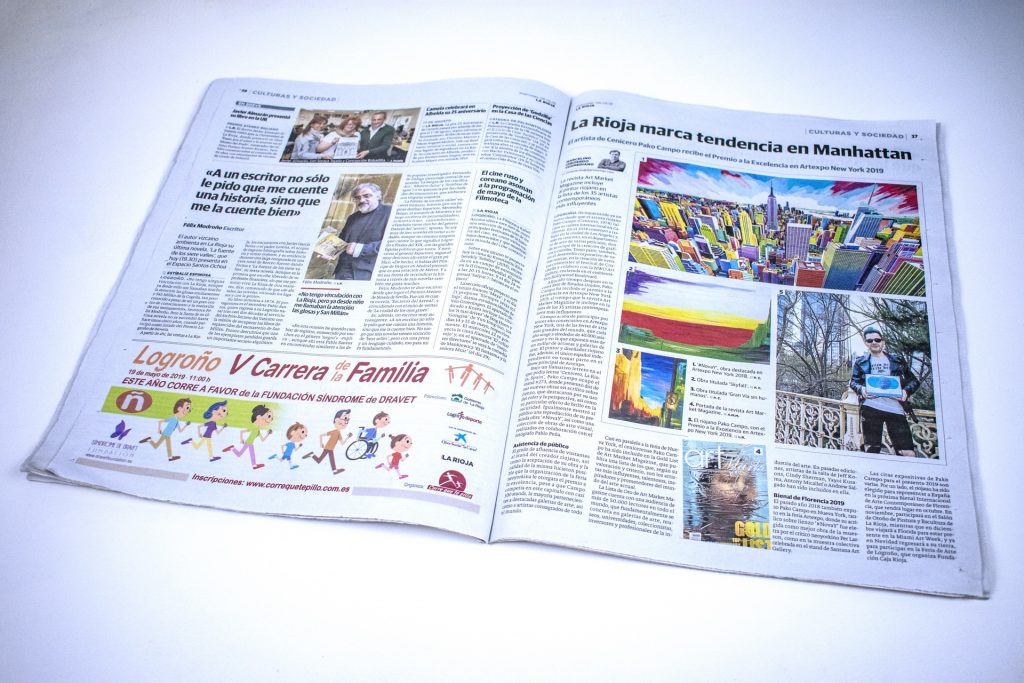 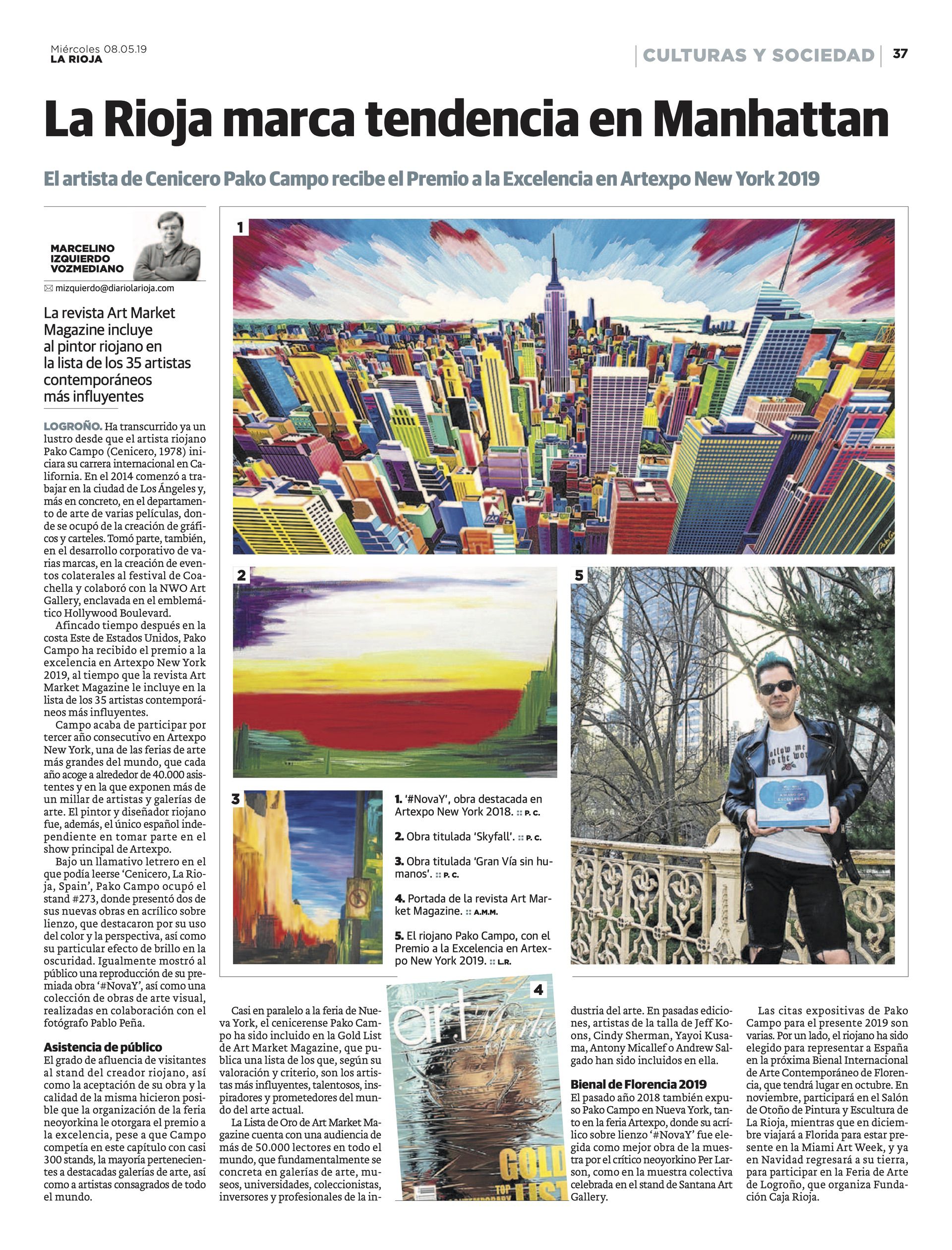 I am very happy to share with you the article that was published yesterday in the newspaper La Rioja, both in print and digital edition. I am very grateful to the editors for dedicating me a full page in a newspaper that reaches more than 85,000 readers every day.
This is the translation of the text:

Cenicero artist Pako Campo receives the Artexpo New York Award of Excellence 2019
The international Art Market Magazine includes the painter from La Rioja in a publication with the list of the 35 most influential contemporary artists of today.

It has been a lustrum since Riojan artist Pako Campo (Cenicero, 1980) began his international career in California. In 2014, he started working in the city of Los Angeles and, more specifically, in the art department of several films, where he worked on the creation of graphics and posters. Also, he took part in the corporate development of several brands, in the creation of collateral events at the Coachella festival and collaborated with the NWO Art Gallery, located on the emblematic Hollywood Boulevard.
Settled later on the East Coast of the United States, Pako Campo has received the Artexpo New York Award of Excellence 2019, while the magazine Art Market Magazine includes him on the list of the 35 most influential contemporary artists of today.
Campo has just participated for the third consecutive year in Artexpo New York, one of the largest art fairs in the world, which each year welcomes around 40,000 attendees and in which they exhibit more than a thousand artists and art galleries. The Riojan painter and designer was also the only independent Spaniard to take part in the main Artexpo show.
Under a striking sign that could be read “Cenicero, La Rioja, Spain”, Pako Campo occupied booth #273, where he presented two of his new acrylic on canvas artworks, which stood out for their use of color and perspective, as well as its particular effect of glowing in the dark. He also displayed to the public a giclée of his award-winning artwork “#NovaY”, as well as a collection of visual art pieces, made in collaboration with photographer Pablo Peña.

Attendance of the public

The degree of influx of visitors to the Riojan creator’s booth, as well as the acceptance of his work and the quality of it, made it possible for the organization of the New York fair to grant him with the Award for Excellence, despite the fact that Campo competed in this chapter with almost 300 stands, most belonging to outstanding art galleries, as well as established artists from all around the world.
Almost in parallel to the New York fair, Pako Campo has been included in the Gold List of Art Market Magazine, which publishes a list of those that, according to his assessment and criteria, are the most influential, talented, inspiring and promising of the art world of today.
The Gold List of Art Market Magazine has an audience of more than 50,000 readers around the world, which mainly takes the form of art galleries, museums, universities, collectors, investors and professionals in the art industry. In past editions, artists of the value of Jeff Koons, Cindy Sherman, Yayoi Kusama, Anthony Micallef or Andrew Salgado have been included in the same list.

Last year 2018 also exhibited Pako Campo in New York, both at the Artexpo show, where his acrylic on canvas “#NovaY” was chosen as the best work of the show by the New York critic Per Larson, as in the collective exhibition held at the booth of Santana Art Gallery.
The exhibitions of Pako Campo for the present 2019 are several. On the one hand, the Riojan has been chosen to represent Spain at the next International Contemporary Art Florence Biennale, which will take place in October. In November he will participate in the Painting and Sculpture Autumn Salon of La Rioja, while in December he will travel to Florida to be present at the Miami Art Week, and on Christmas he will return to his land, to participate in the Art Fair of Logroño, organized by Caja Rioja Foundation. 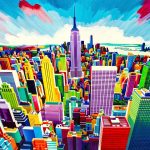 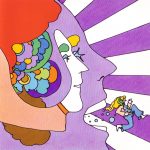