Maria Rubinke (1985), is a controversial artist of Danish origin who gives her porcelain figures a terrifying aspect.

Her visions seem authentically drawn from a nightmare.

It could be said that they are reminiscent of the illogical compositions of surrealism.

They transform the character of what are traditionally charming or innocuous objects into expressions of more perverse feelings that oscillate between desire and sadism.

The author may only intend to recreate the contrast between the candid and the sinister. Or maybe she wants to express what we all have been ancestrally involved since childhood

Like it or not, violence is innate in the human being. Or she may go further and her intention is revealing the harsh reality of a childhood devoured by war and violence.

What do you think? 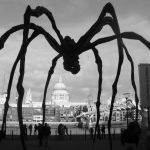 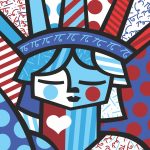