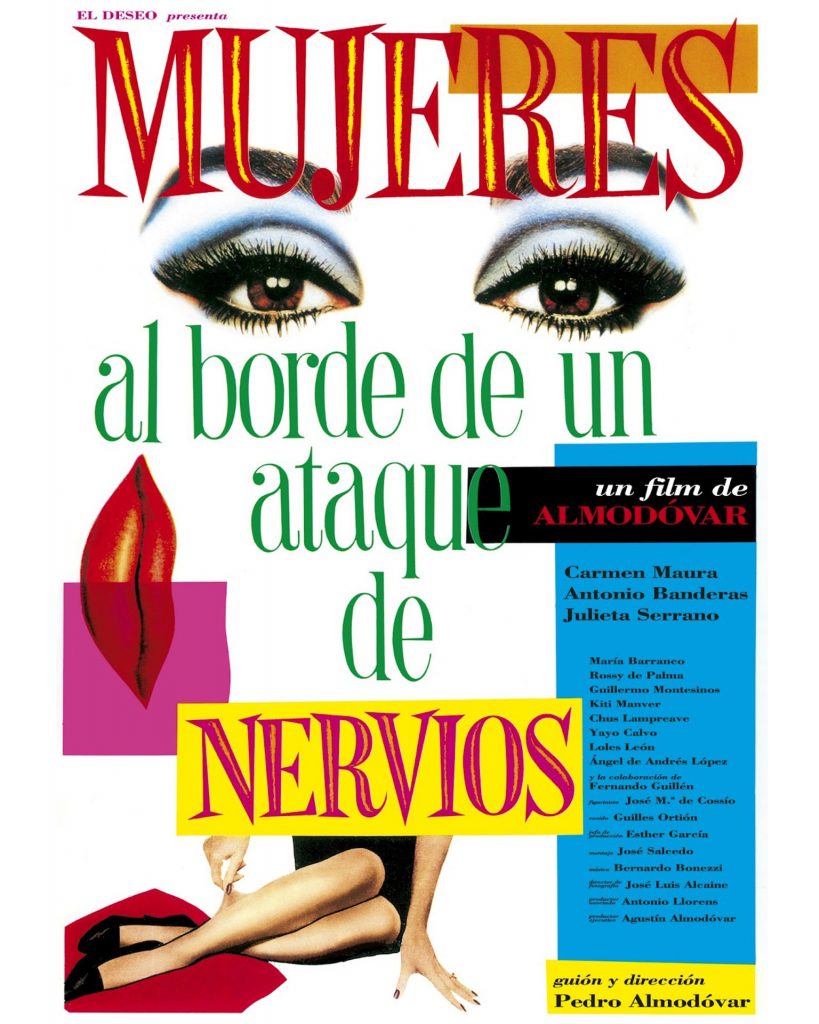 Poster of Women on the Verge of a Nervous Breakdown (1988) by Juan Gatti.

Using again to the old fashion magazines and the glamor of the 50s, Juan Gatti achieved a creative piece able to revitalize the genre of posters and credit titles all over the world.

Of the many versions that Juan Gatti made for the poster of the most famous film of Almodóvar, I choose the most schematic, the one that was away from the photographs and the one that described the crazy relations of Pepa, Candela and Iván through eyes, lips and legs. 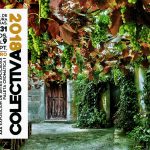 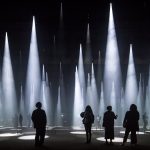