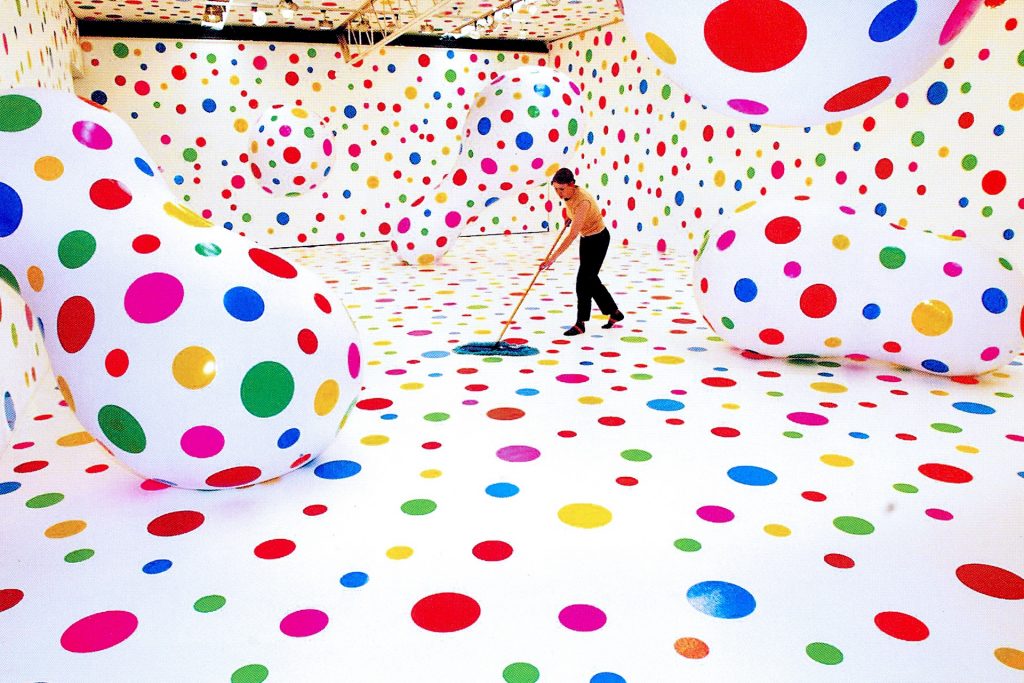 This is a image from the Japanese Artist Yayoi Kusama‘s exhibition of vinyl dots and balloons entitled ‘Dots Obsession – New Century, 2000’.

It happened the Roslyn Oxley9 Gallery in Sydney (Australia). This exhibition was opened on 12 April 2002.

Kusama is now acknowledged as one of the most important living artists to come out of Japan, and an important voice of the avant-garde.

Kusama’s work is based in conceptual art and shows some attributes of feminism, minimalism, surrealism, art brut, pop art, and abstract expressionism.

This particular work was described as ‘a maniacal imposition of colour, shape and pattern’ and it was available for USD 145,000 (includind the vinyl dots, 11 balloons and installation instructions). 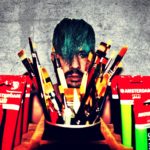 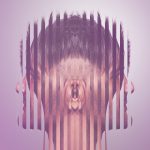