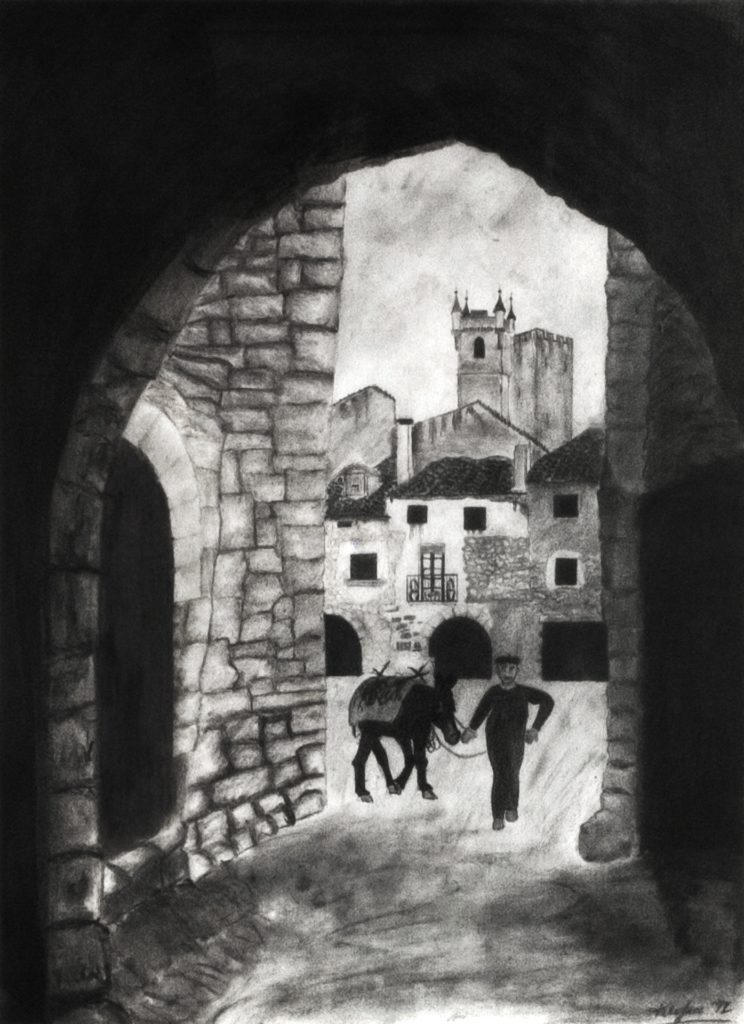 Charcoal illustration of a typical Castilian village in the old times.

Portrait of the Spanish post-war, reflecting the harsh conditions of a depressed country in the context of an Europe at war. Not too distant echo…

It begins to appreciate the protest, non-conformist and critical thematic that is present in many of my artworks since the beginning of my career and it is always behind the messages I want to send with them.

The 40s were years of poverty by the ravages of war and the international isolation of Spain. Franco’s government wanted the country to be self-sufficient. Therefore, he imposed autarky. The corruption and the “estraperlo” (black market) worsened the situation. Despite ration cards, most of the population went hungry. Everything is further aggravated as a result of the social repression of the dictatorship and precarious working conditions. In the postwar period were miserable salaries, entirely inadequate for raising a family. This required, among other things, that children should get to work long before the legally permitted age. Thus, the documentation shows cases of families in critical situation and also mentioned as pointed servers of the dictatorship. It was because frequently, the husband and father was exiled, imprisoned and/or sentenced to forced labor. 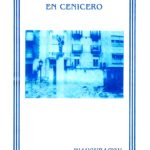 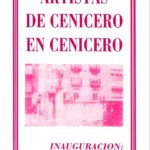