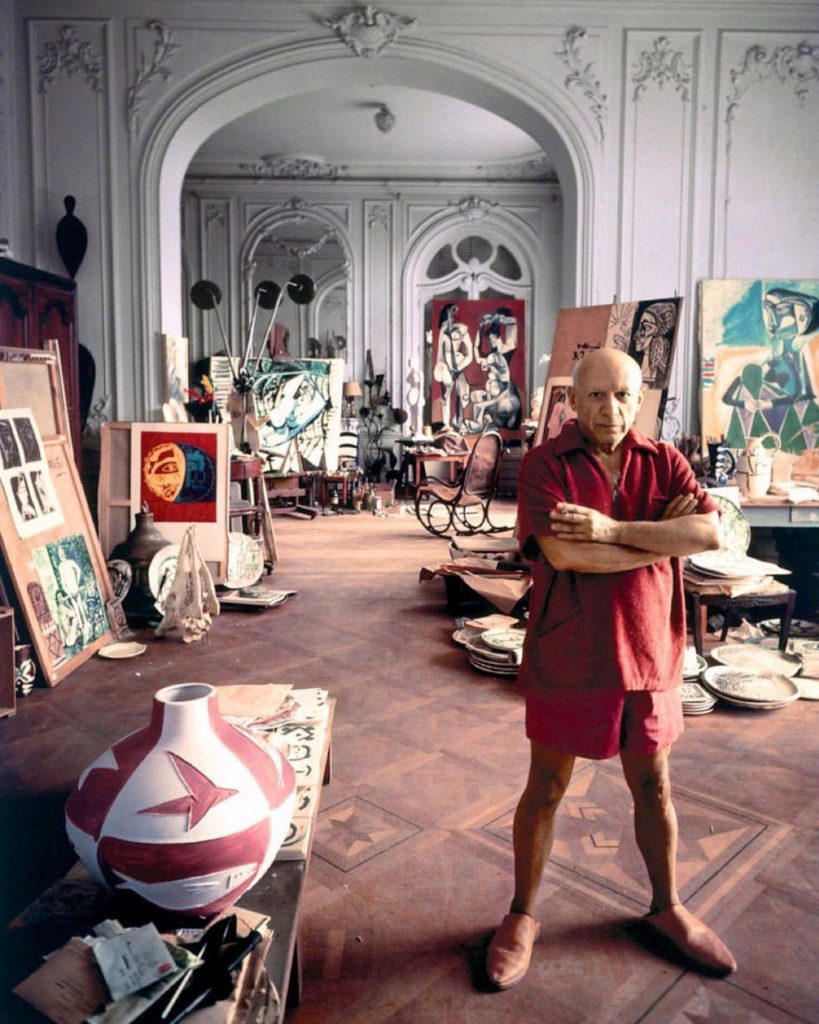 Picasso in his studio

The photography shows the studio of “La Californie”, the villa near Cannes where Picasso and his partner Jacqueline Roque moved in the summer of 1955.

A large nineteenth-century villa at the foot of the Sainte Victoire mountain, La Californie was built in Art Nouveau style and had extensive views towards the coast.

Picasso used the large main salon on the ground floor as his studio as well as the place where he received and entertained friends and dealers.

Shortly after moving into ‘La Californie’, Picasso produced a series of paintings representing the interior of his new studio.

Amongst these, The Studio at ‘La Colifornie is most revealing of Picasso’s ability to introduce a wide range of references from other artists’ work into his own. 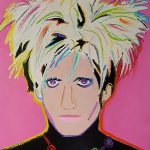 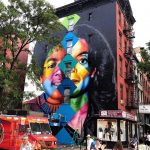