“Gorditas” is a theater play written by Gustavo Ott. Four female characters, four women with different attitudes, life insights and more or less ingenuity, cleverness and perspicacity, use the weapons of friendship, ambition and treason as hammers, to establish a struggle to reach the potential and the rise of recognition. Satirical comedy about body cult, diets, image on business and the success, where the most important thing is “the end justifies the means”, but overall the FUN! Directed by María Jesús Varona, Loly Rodríguez and Ángeles Varona. “Gorditas” is a new theater production of “El comodín” Stage Company.
Gustavo Ott (born 1963 in Caracas, Venezuela) is a playwright and journalist.
Ott received a B.A. in Mass Communications from Andrés Bello Catholic University in 1991. He was a participant in the International Writing Program of the University of Iowa (1993), the Residence Internationale Aux Recollets in Paris (2006) and Cité Internationale des Arts de Paris Residency (2010). Ott’s plays have been translated into English, Portuguese, German, French, Danish, Greek, Russian, Polish, Czech, Hungarian, Japanese, Galician, Catalan and Creole. 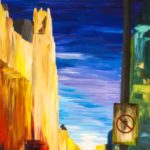 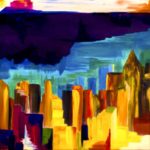