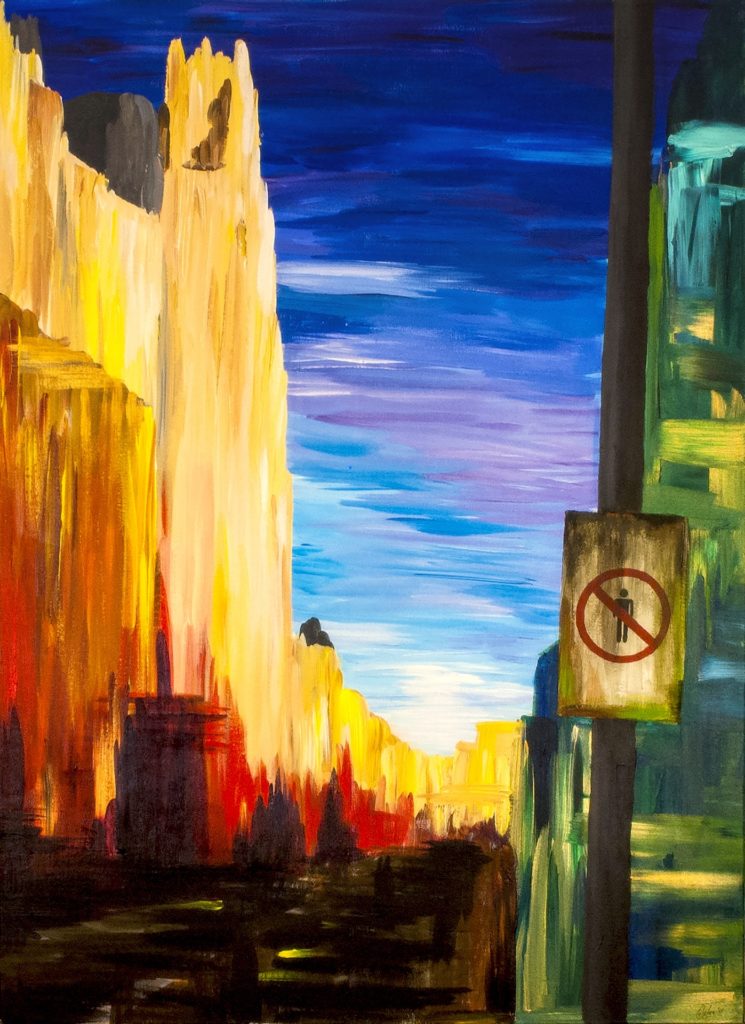 “Gran Vía without Humans” is an acrylic painting on canvas. As a farewell to his stay in Madrid, the artist represents the Gran Via, one of its most famous streets. Social criticism is again present in his art, showing a central street in a big city where people are forbidden to circulate, and where nature is recovering its place. It is a critical to the prevailing repression in modern society. This work is the first of the “Cityscapes” series.
Gran Vía (literally “Great Way”) is an ornate and upscale shopping street located in central Madrid. Now, the street is known as the Spanish Broadway, and is one of the streets with more nightlife in Europe. It is known as the street that never sleeps. It leads from Calle de Alcalá, close to Plaza de Cibeles, to Plaza de España.
The lively street is one of the city’s most important shopping areas, with a large number of hotels and large movie theaters; it is also noted for the grand architecture prevalent among many of its buildings. Now, most of the theaters are being replaced by shopping malls.
It is considered a showcase of early 20th-century architecture, with patterns ranging from Vienna Secession style, Plateresque, Neo-Mudéjar, Art Deco and others. 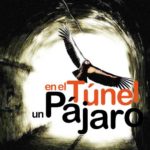 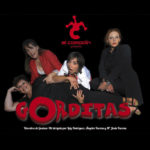