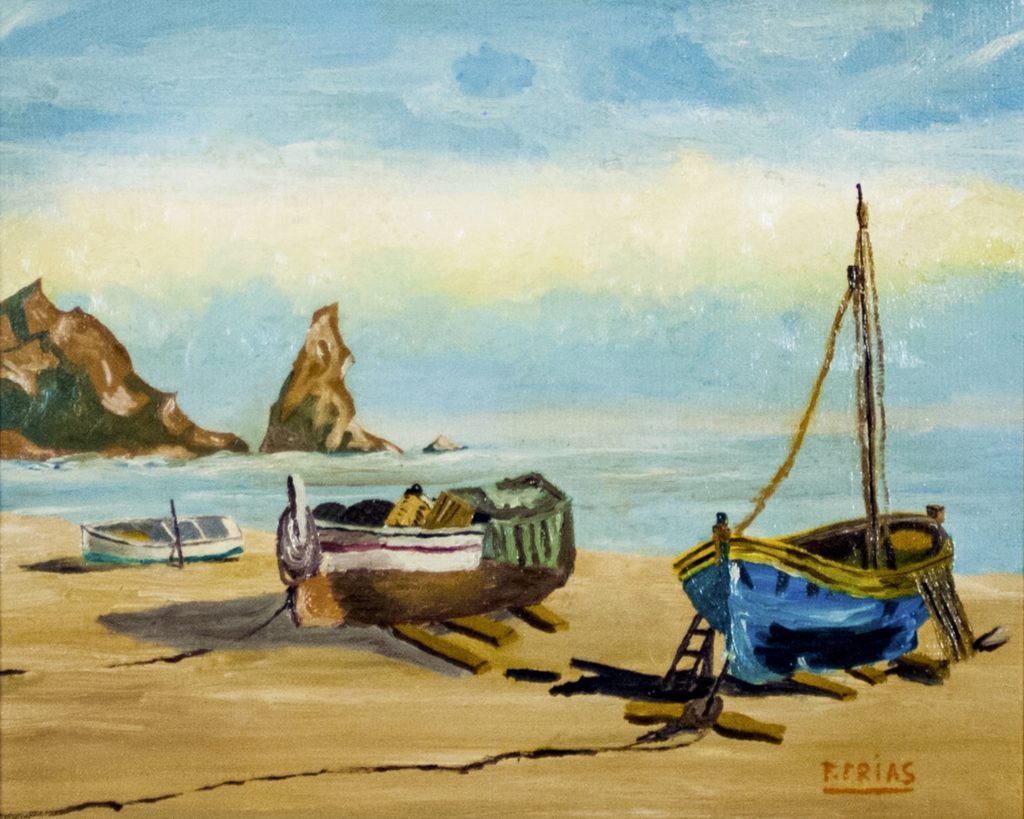 Oil on canvas of a classic marine painting of the Cantabrian Sea.

It is an approach to the theme in a time of exploration of realistic painting.

Heavily influenced by painters like Joaquín Sorolla or Rafael Moleón, it is appreciated that my style was not yet completely defined, and it is present the great concern for color, characteristic that defines my art subsequently.

Marine art or maritime art is any form of figurative art (painting, drawing, printmaking and sculpture) that portrays or draws its main inspiration from the sea. Marine painting is a genre that depicts ships and the sea genre particularly strong from the 17th to 19th centuries. In practice, the term often covers art showing shipping on rivers and estuaries or beach scenes. Strictly speaking “maritime art” should always include some element of human seafaring, whereas “marine art” would also include pure seascapes with no human element, though this distinction may not be observed in practice.
As landscape art emerged during the Renaissance, what might be called the marine landscape became a more important element in works, but pure seascapes were rare until later.
With Romantic art, the sea and the coast was reclaimed from the specialists by many landscape painters, and works including no vessels became common for the first time.