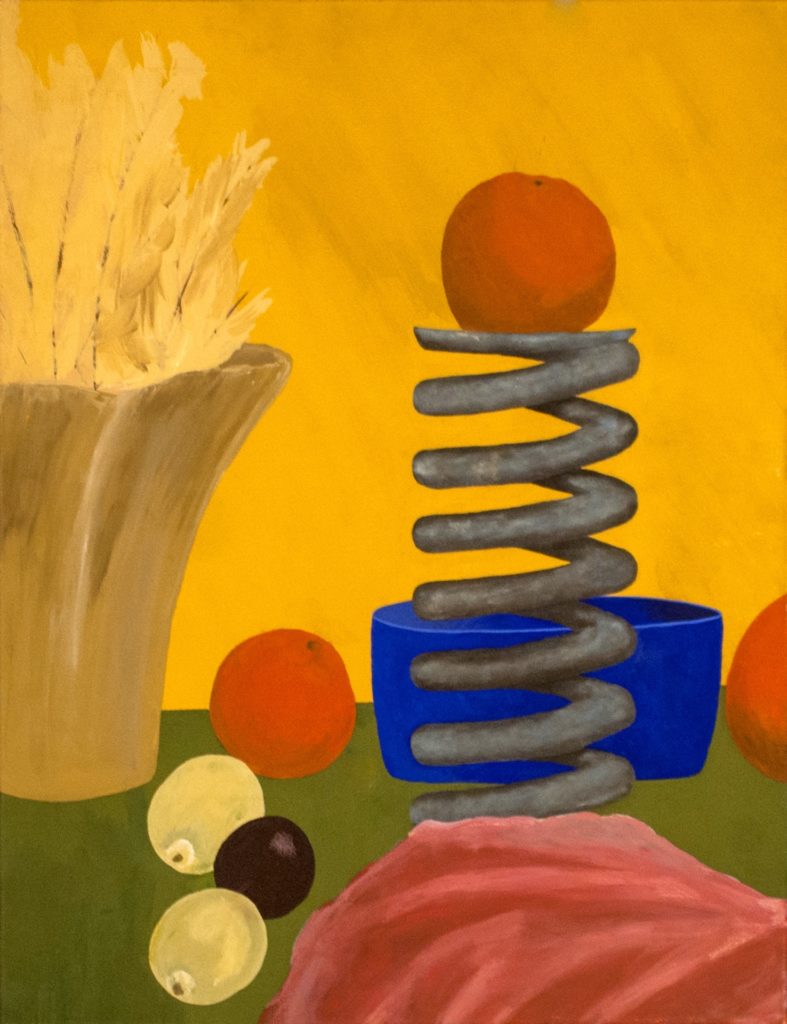 Orange Buffer Studio egg tempera is a painting of a modern still life.

For that purpose, I directly applied the pigments mixed with chicken egg yolk in the art style of the great masters of the Renaissance that fascinate me, as Leonardo Da Vinci or Michelangelo.

Tempera, also known as egg tempera, is a permanent, fast-drying painting medium consisting of colored pigments mixed with a water-soluble binder medium (usually a glutinous material such as egg yolk).
Tempera also refers to the paintings done in this medium. Tempera paintings are very long lasting, and examples from the 1st centuries AD still existing. Egg tempera was a primary method of painting until after 1500 when it was superseded by the invention of oil painting.
A paint consisting of pigment and glue size commonly used in the United States as poster paint is also often referred to as “tempera paint”, although the binders and sizes in this paint are different from traditional tempera paint.
Tempera painting has been found on early Egyptian sarcophagi decorations. Many of the Fayum mummy portraits use tempera, sometimes in combination with encaustic painting with melted wax, the alternative painting technique in the ancient world. It was also used for the murals of the 3rd century Dura-Europos synagogue.