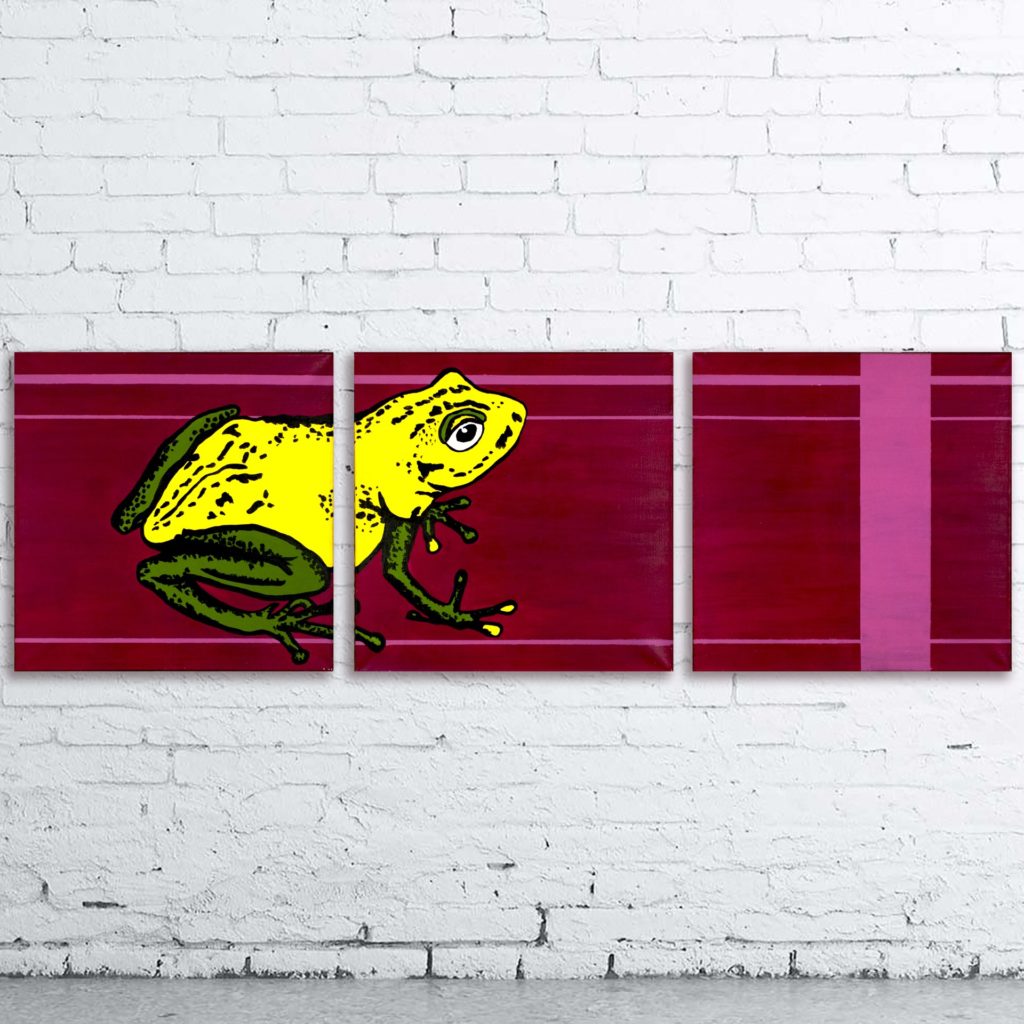 “Pop Frog” is an acrylic triptych on canvas.

It is said that when a frog crosses your path, it is the ideal time for the transition.

Therefore, I chose this pop frog as icon or totem to begin in pop art, one of my favorite styles and where Roy Lichtenstein, Jeff Koons, Andy Warhol and Oscar Marine are my references.

Pop art is an art movement that emerged in the mid-1950s in Britain and the late 1950s in the United States. Pop art presented a challenge to traditions of fine art by including imagery from popular culture such as advertising and news
In pop art, material is sometimes visually removed from its known context, isolated, and/or combined with unrelated material. The concept “pop art” refers not as much to the art itself as to the attitudes behind the art.
Pop art employs aspects of mass culture, such as advertising, comic books and mundane cultural objects. One of its aims is to use images of popular (as opposed to elitist) culture in art, emphasizing the banal or kitschy elements of any culture, most often through the use of irony. It is also associated with the artists’ use of mechanical means of reproduction or rendering techniques.