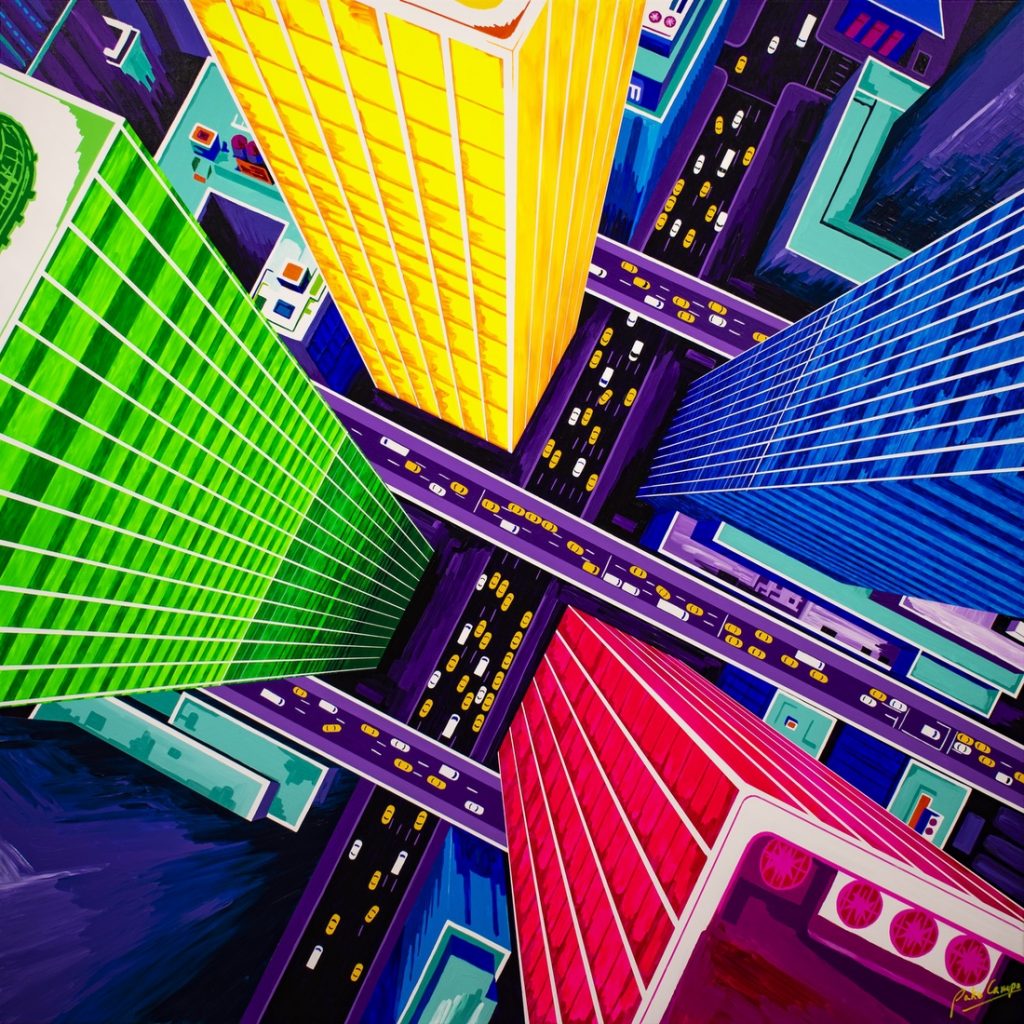 Psikodelia or Psychedelia is a term that has always been associated with the consumption of hallucinogenic substances. In this case, nothing further from reality. There is a meaning beyond.

According to the Greek etymology, it means “manifesting the soul”. That is what I try to express with this new artwork, to manifest my soul, which can not be more colorful.

This time, I chose an aerial view of New York, deep in Manhattan. As always, I applied my own style: idealizing forms, playing with colors and defying the perspective. All this in order to be able to give to the viewer an immersive feeling deep inside my psychedelic soul.

Psikodelia was presented on April 4th, 2019 on my booth 273 Artexpo New York.

Madison Avenue is a north-south avenue in the borough of Manhattan in New York City, United States, that carries northbound one-way traffic. It runs from Madison Square (at 23rd Street) to meet the southbound Harlem River Drive at 142nd Street. In doing so, it passes through Midtown, the Upper East Side (including Carnegie Hill), East Harlem, and Harlem. It is named after and arises from Madison Square, which is itself named after James Madison, the fourth President of the United States. 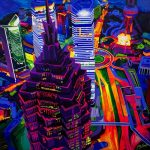 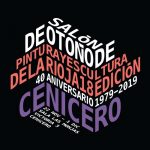 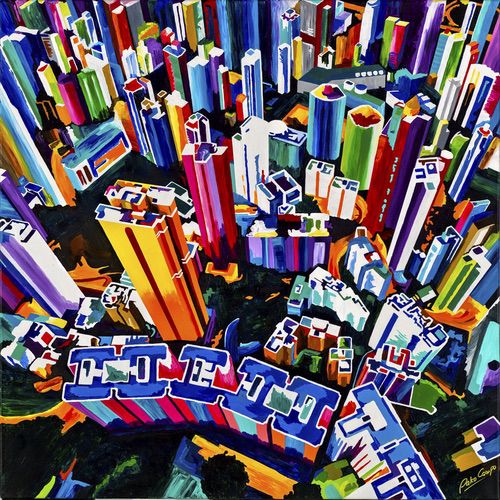