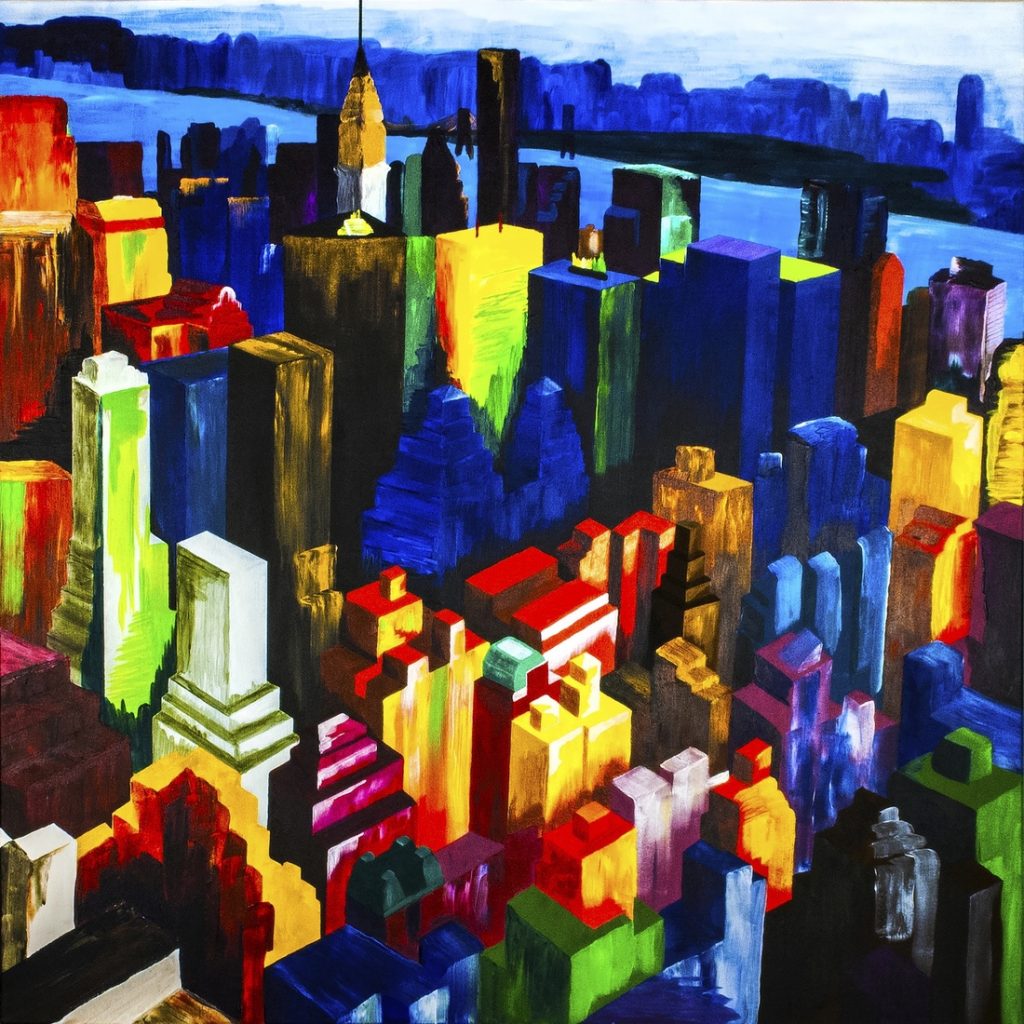 Rainbow Empire is an acrylic painting on canvas. This art work belongs to “Cityscapes” series. This collection is composed of urban landscapes seen through my particular visual filter.

This painting shows Manhattan from the Empire State building. It can be distinguished the Chrysler Building and the United Nations Headquarters among other buildings.

The Empire State Building is located in the center of Midtown Manhattan, and it has one of the most popular outdoor observatories in the world, having been visited by over 110 million people. It is in the 102nd-floor and offers impressive 360-degree views of New York City.

The idea to paint this view was always on my mind, impressed for films that have been shot on that location, as instance: King Kong, Independence Day, Sky Captain and the World of Tomorrow, Sleepless in Seattle, or almost everyone of Woody Allen’s feature films.

It can be seen the use of perspective and the explosion of color in the canvas, as a celebration of the adoption of gay marriage in the United States. 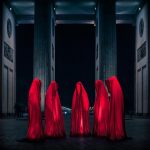 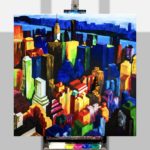