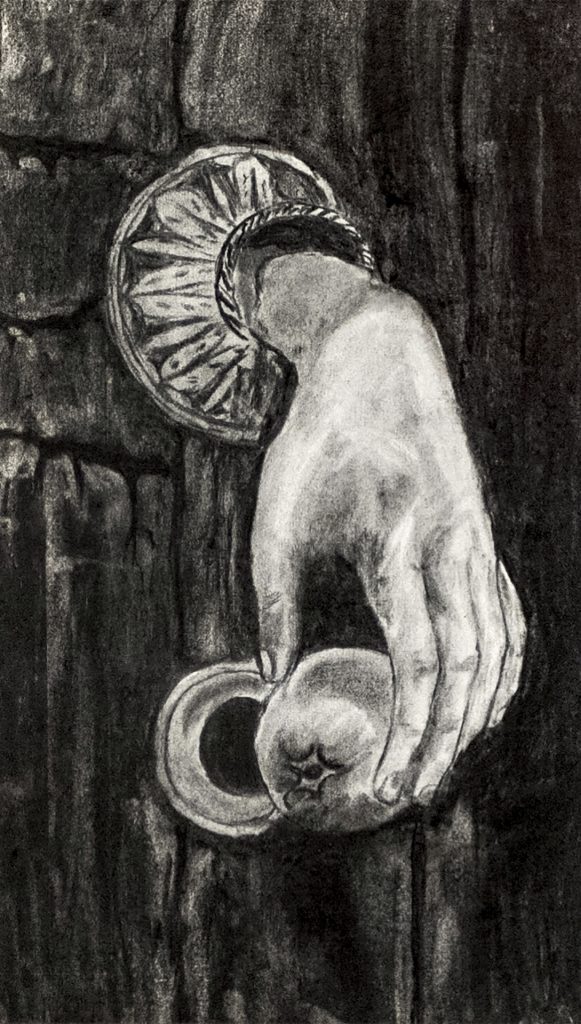 In this case it is the knocker of the house of politician Juan Bravo Murillo in Madrid.

Such kind of Spanish knockers have an Arab origin and represent the hand of Fatima, usually the left hand, and holding the apple of knowledge.

The Hand of Fatima (Hamsa) is a hand-shaped symbol, regarded since antiquity as a very powerful talisman in the Arab world and it is used to protect against misfortune in general and from the evil eye in particular.
This “protection” is based on the legend that tells that being Fatima (the daughter of the prophet Mohammed) at home preparing dinner for her husband Ali, he arrived unexpectedly with his second wife. Fatima was so startled that she dropped her hand into a pot of boiling oil. As a result she was crippled for life, and his father chose the symbol of her hand to immortalize this event.
The other element of the traditional Spanish knocker is the apple. It is used symbolically in many ways extracted from various myths: the bone of contention, attributed to Paris; the golden apples of the Hesperides garden, fruits that granted immortality; the apple of Adam and Eve; the apple from the Song of Songs, which according Origins represents the fecundity of the Divine Word. It is a meaning of knowledge, a fruit both of the tree of life as of the tree of knowledge of good and evil. The apple grants a unitive knowledge that confers immortality or knowledge that leads to the fall. 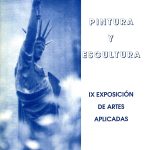