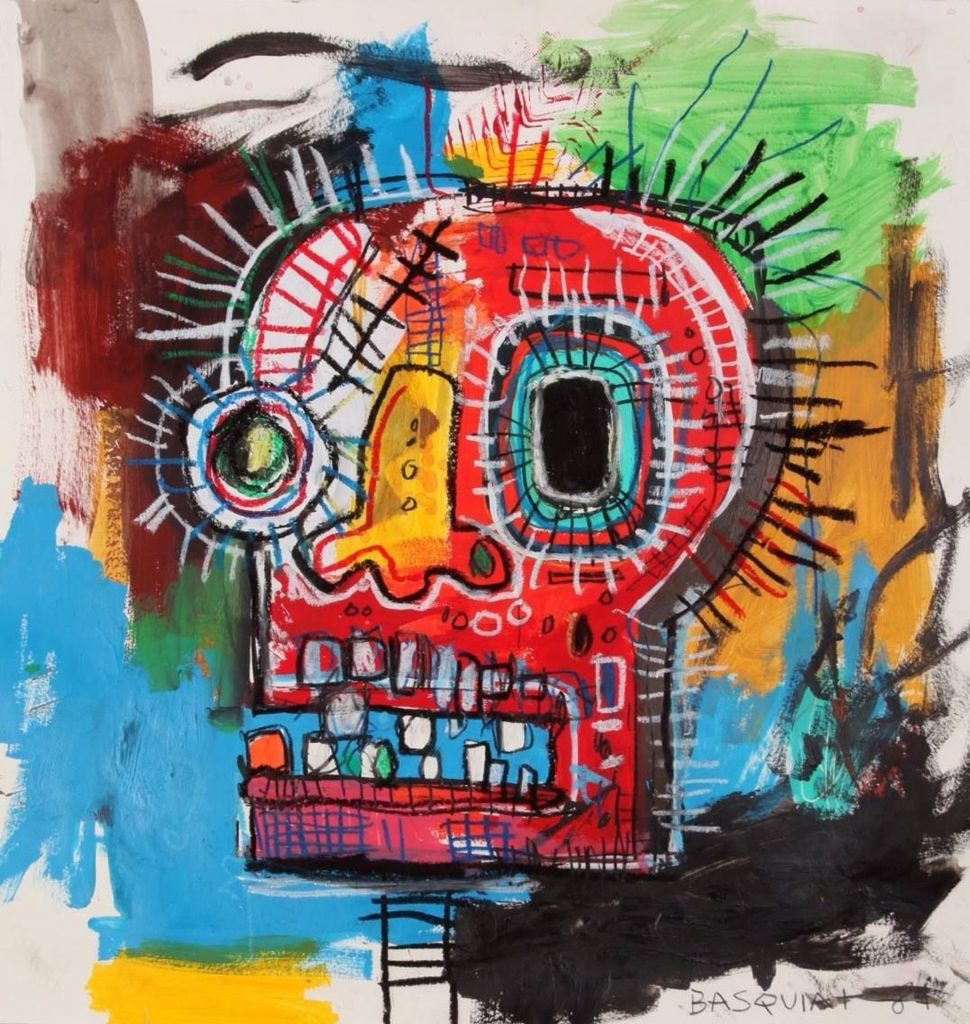 Basquiat was a cultured man and although his work emphasizes graffiti, he was an artist, poet, musician, illustrator and painter.

His art served him as an artistic tool for personal fulfillment, as a memory of African-American history and as a denunciation of the political and social situation in the USA.

His canvases are covered with numerous cultural references and symbols, painted, drawn or written.

Until his untimely death at age 27, Basquiat lived with intensity.

He frequented the social and creative circles of New York during the eighties, and was personally and professionally related to artists such as Keith Haring or Andy Warhol.