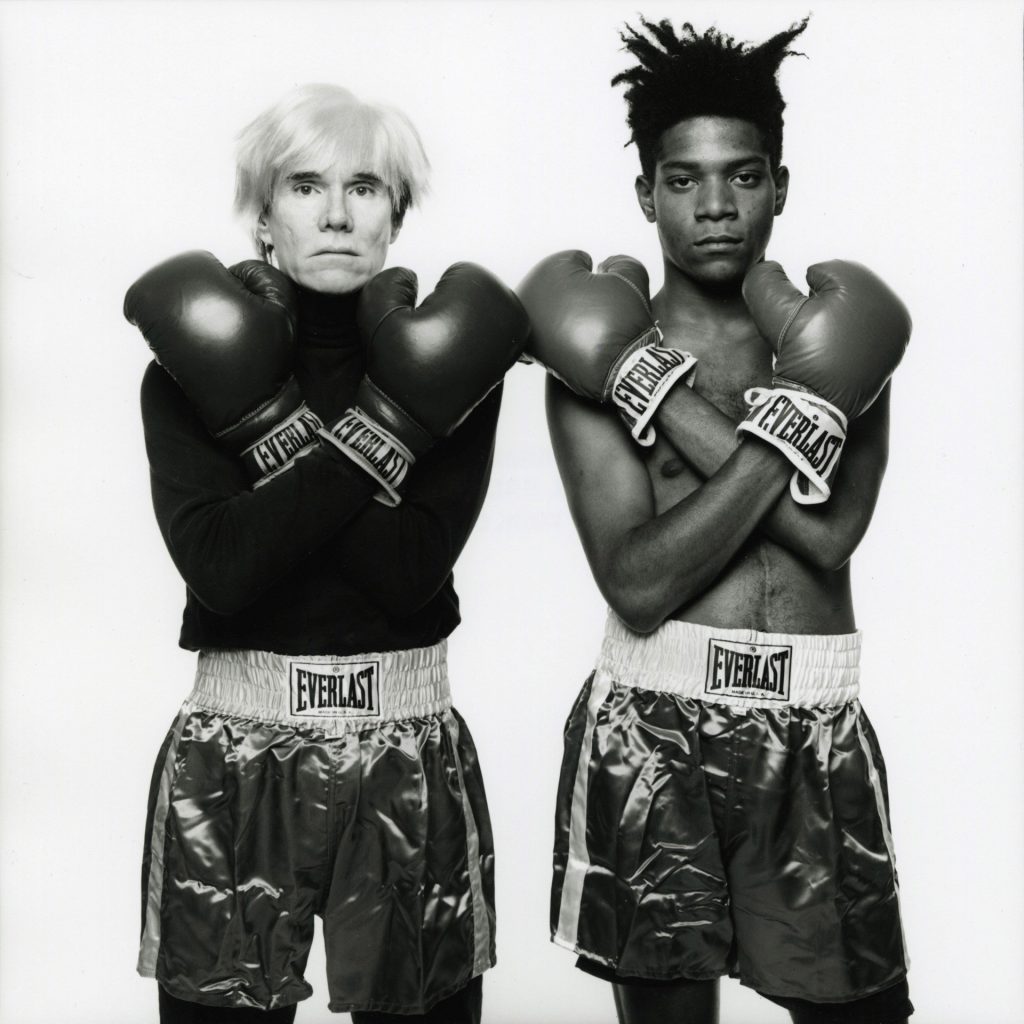 This portrait of Andy Warhol and Jean-Michel Basquiat is one of documentary photographer Michael Halsband’s most notable images.

Photographed in preparation for an exhibition that would present collaborative works by Basquiat and WarhoI, this image has come to represent posthumously the friendship, collaboration and competition between these two widely acclaimed artists.

In this black-and-white double portrait, they stand side-by-side against a white background, each donning Everlast boxing shorts and gloves.

Their differing clothing – WarhoI in a turtleneck sweater and the young Basquiat bare-chested – as well as their pose with arms crossed at each of their chests, and deadpan expressions, offer humor to this now iconic image. 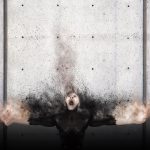 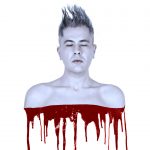