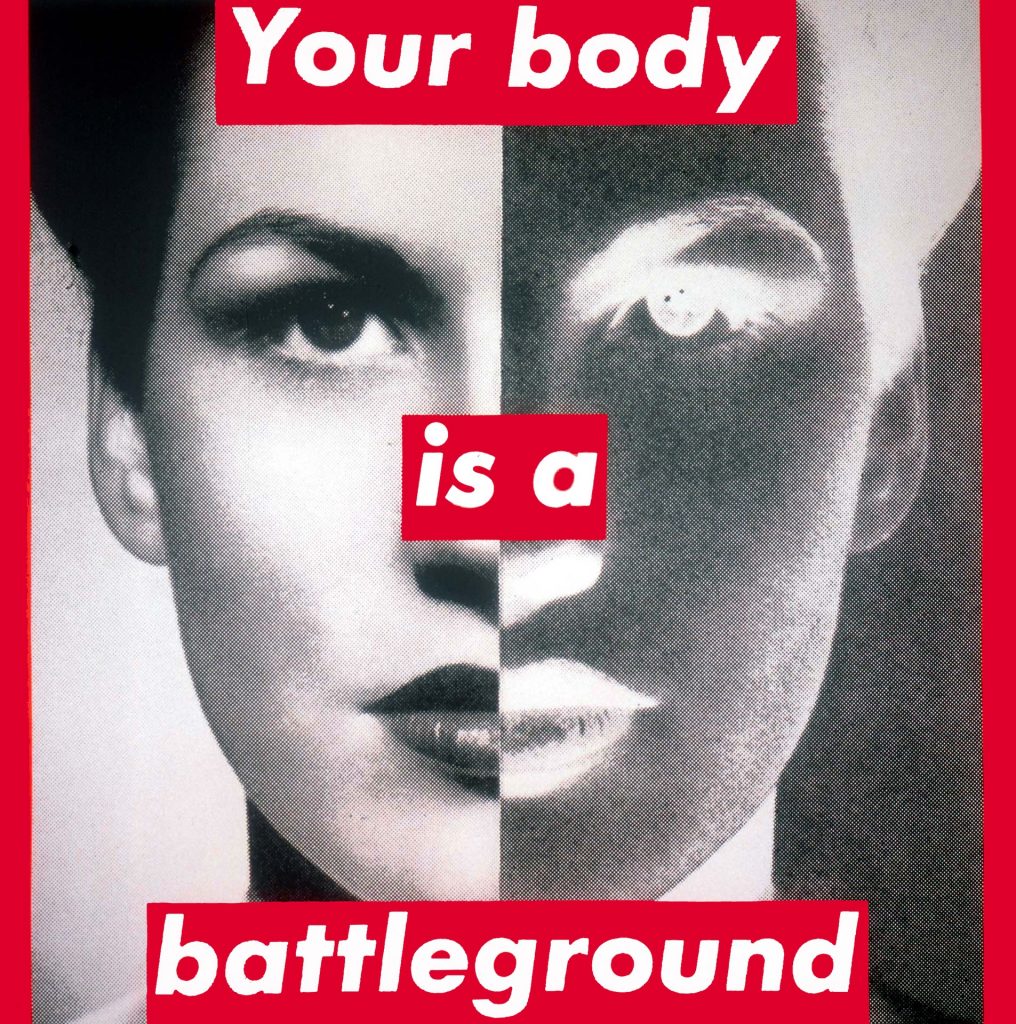 Your body is a battleground

Untitled (Your body is a battleground, 1989) by Barbara Kruger.

Kruger made this iconic image for the Women’s March on Washington in 1989 after a string of anti-abortion laws began to undermine Roe v.

Wade (judicial case of 1973, by which the Supreme Court of the United States decriminalized abortion induced in that country.).

Barbara Kruger—artist, activist,  and feminist—garnered notice in the art world for her distinct visual language.

Combining replicated black and white photographs from the 1950s with stark white Futura Bold lettering on red panels in public spaces like buildings and billboards, Kruger produced endless prints and public art pieces which examined the issue of inequality. 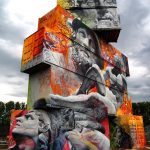 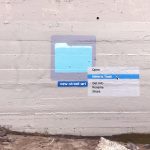